Customer Order InformationOrder & Download Now! “UFO to IFO: To Your Galactic Family And Beyond''
Payment InformationStep 2
We Respect Your Privacy & Information. 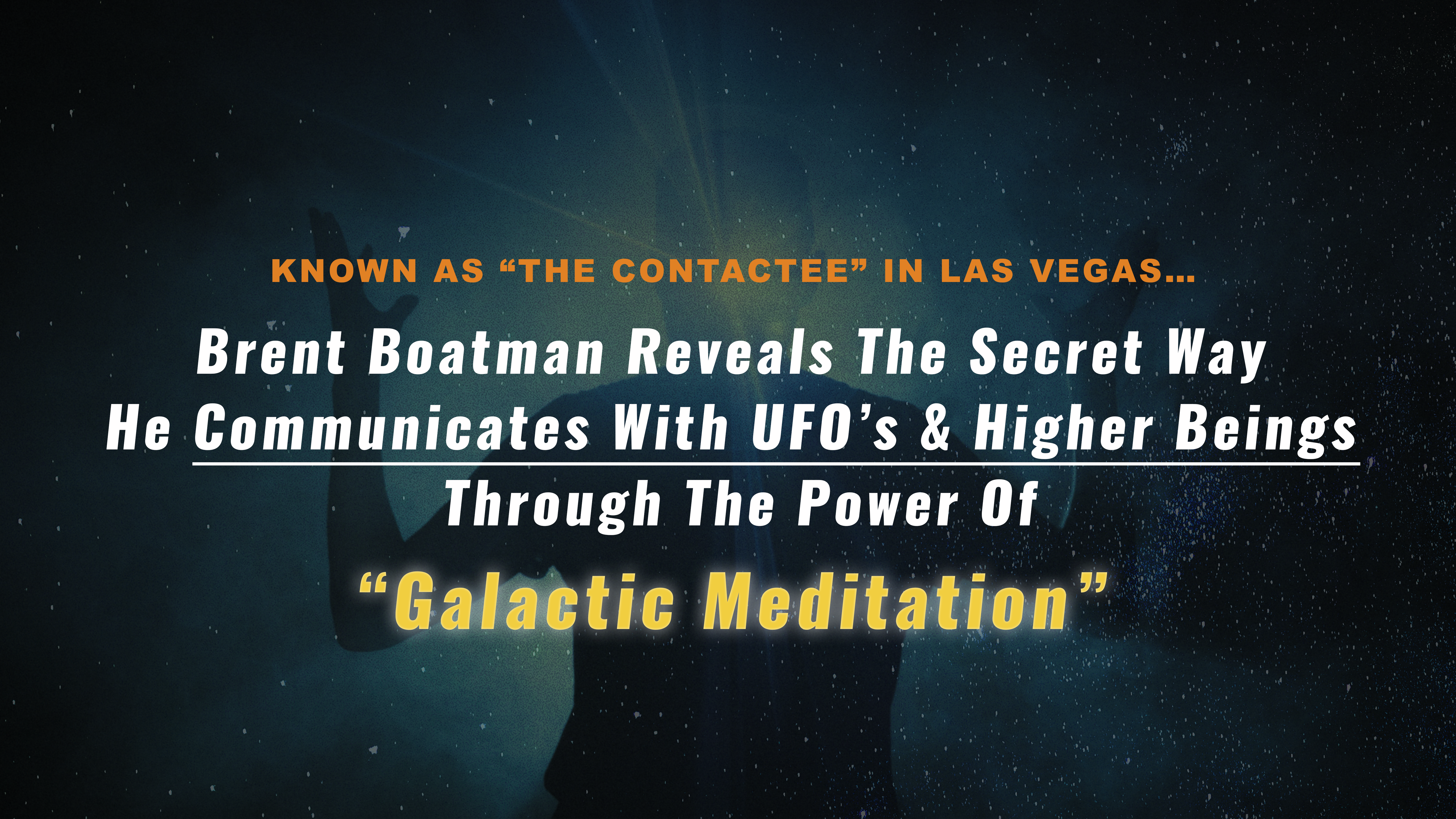 The True Story Of How One Man

Went From Living A Common Life To Discovering

He Could Communicate With UFOs….

Discovering That “We Are One.”

“Brent is here to help teach meditation, facilitate soul regressions, and connect people with their Galactic Families - and he is a Master at what he does.”

Are We Alone In This Universe?

Widely known as "The Contactee" in Las Vegas…

Brent Boatman shares a rare opportunity to learn how he contacts UFO’s (now known to him as IFO’s: Identified Flying Objects) through the accelerated power of galactic meditation.

Brent takes readers on his journey from living a common life to discovering that he can contact UFO's — with a ‘secret’ technique he developed that anyone can master.

In his inspirational book, you'll learn how he communicates with worldly beings by using the power of “galactic meditation”...

And how he uses his spiritual awakening to break-through the barriers that keep us from communicating with our galactic family.

It may lead you to question everything you thought you knew of “what’s out there”...

And stretch your mind into realizing that YOU have the power to reach beyond the confines of this earthly world. 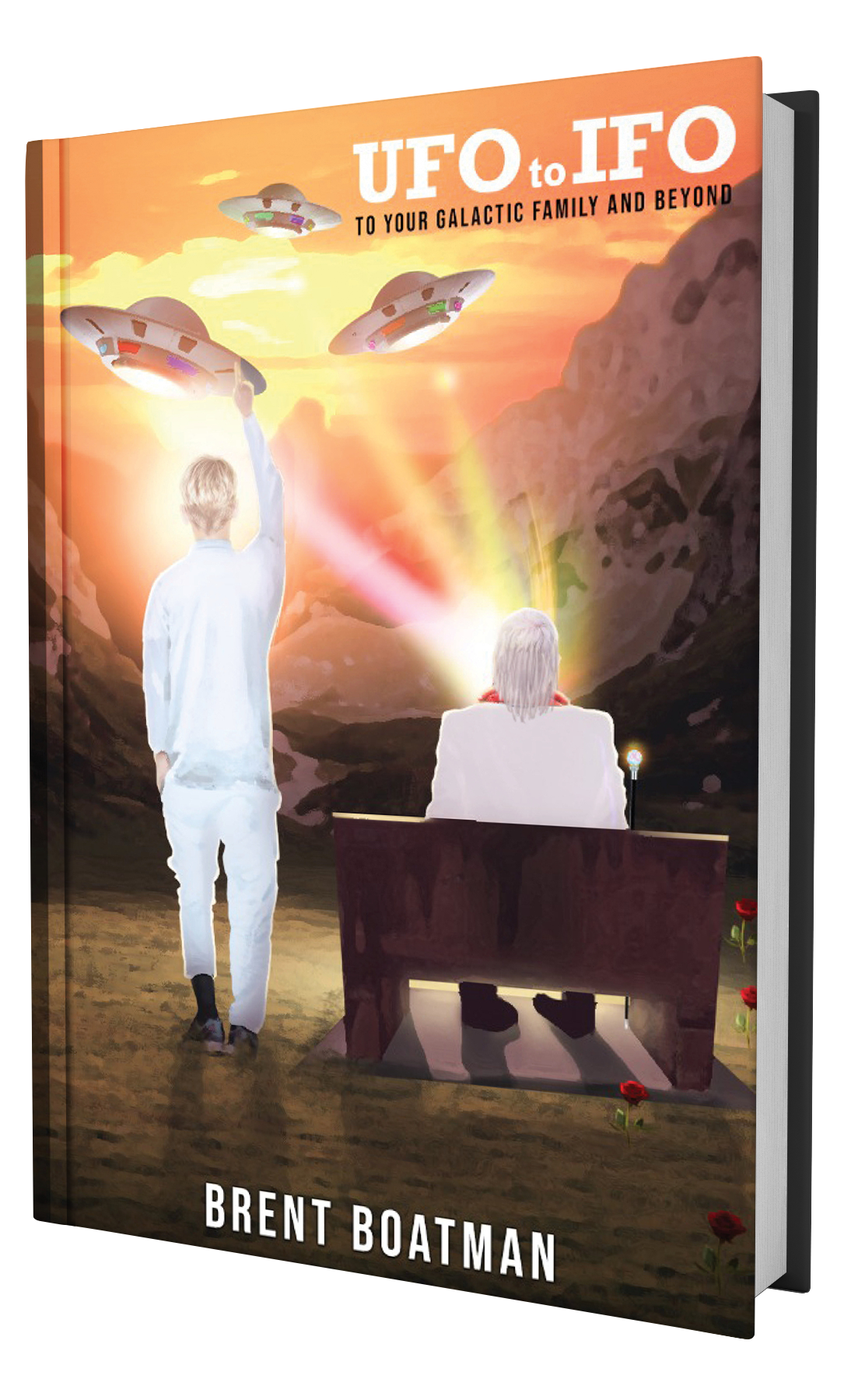 In “UFO to IFO: To Your Galactic Family And Beyond'', the boundaries of your mind start to loosen as you become more aware of what lies beyond the stars.

Brent shares his discoveries in a series of short stories, along with some humorous encounters and truly jaw-dropping moments including how UFOs (now known as IFOs) have been part of his life—since he was 3 years old!

As you read these stories, you begin to realize that our understanding of the universe is limited to what we can see with our five senses...

You begin to understand—and even unfold—new explanations for the ‘unexplainable’ moments that may have happened in your own life.

This book is for you. 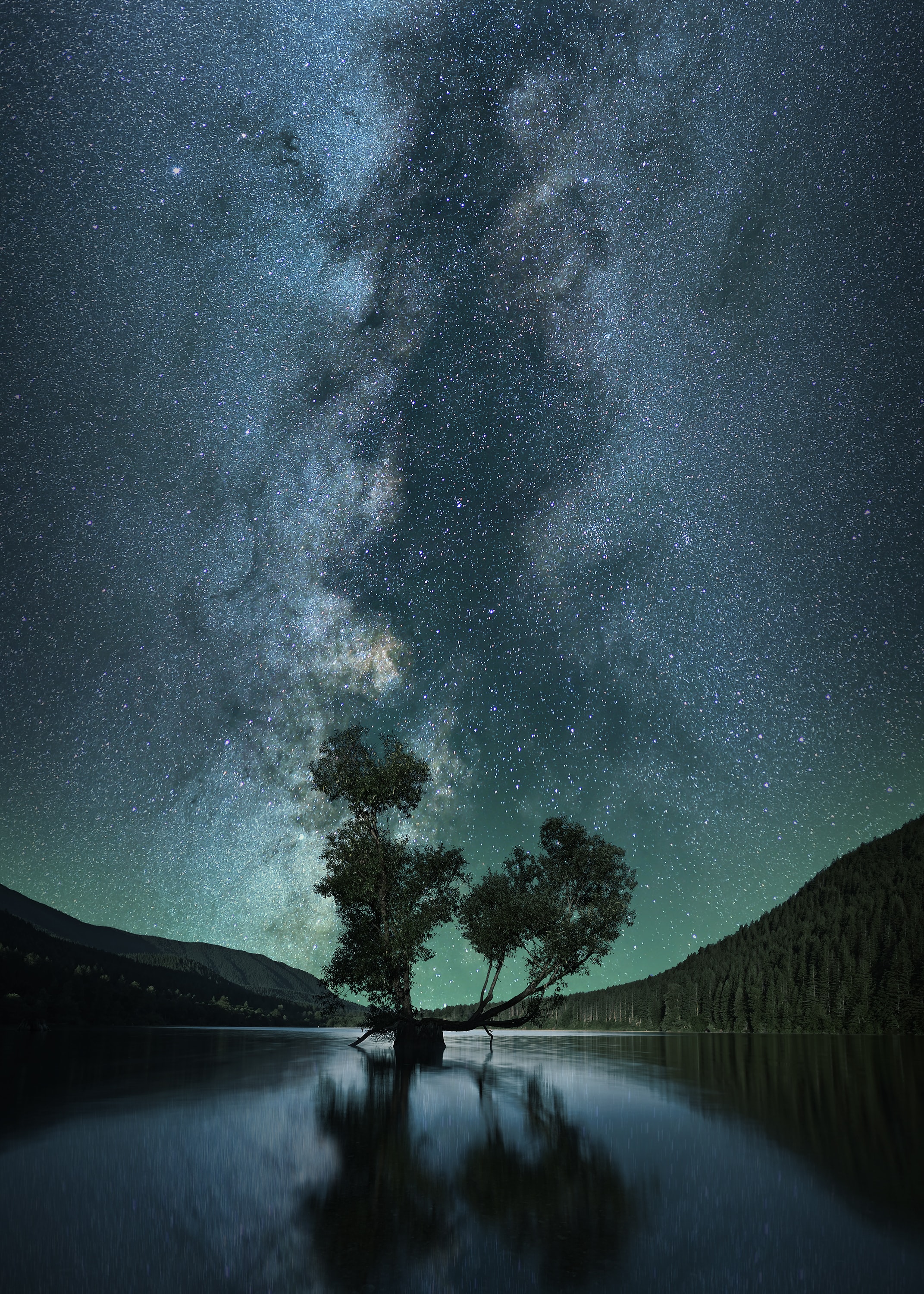 The joyful moments and realizations in this book make you laugh, cry, and awaken at the same time as you come to understand that we have an infinite support system guiding us—on every dimension of existence.

Brent has a very special mission in life, and in his book he shares an important message that our galactic family wants us to hear...

We are all connected,

“UFO to IFO is a breathtaking journey beyond self-discovery. It is an ongoing adventure of soul-discovery. It has reignited my passion for Universal Truth.”

“Brent Boatman is a wonderful man and his story is incredible... Such a gift to us during this time.” 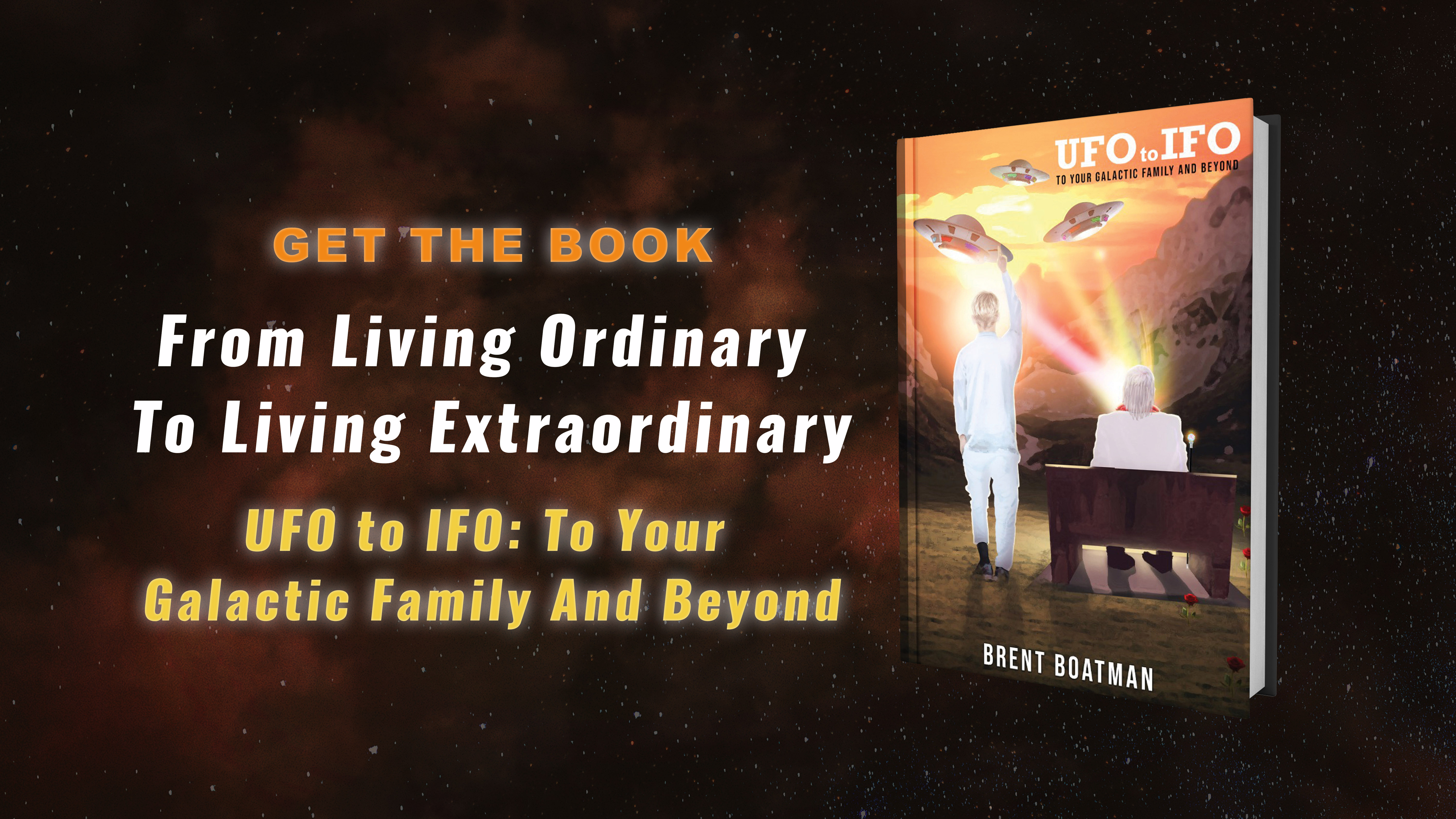 In “UFO to IFO: Connect To Your Galactic Family And Beyond'', you'll discover how Brent went from living an ordinary life, to living an extraordinary one by awakening his spiritual power and higher self that gave him access to communicating with UFO’s and galactic beings.

The book follows Brent’s beginning of his journey;

One man's spiritual awakening and transformation through life-changing encounters with UFOs and galactic beings...

Shared in his personal memoir to help you understand what it means for him and those who want to make contact!

You'll discover where he had to “go” to unleash this powerful gift he found within him, what he had to do…

And how he became a well-known "contactee" for attracting UFO’s, having them appear before a crowd, and channeling messages from the stars for the world to hear.

He was a “chosen” mentee of the late and great Spiritual Master, Omraam Mikhael Aivanhov...and being a student of practice for over 30 years...

In this book, he reveals how we are part of a much bigger universe than what we think...

...and that anyone has the ability to live this extraordinary way of connecting and communicating with life beyond the stars.

What’s Inside The Book

One of Brent’s key messages in this book is how we are moving away from calling those grey flying machines in the sky, “UFOs”...

Why? Because we are now ready to accept their presence.

This book is an eye-opener to the fact that we are under protection by the galactic world…and the capabilities of what you can experience if you open your mind and heart to the possibilities.

Highlights of this book include:

This is the story of one man's passion to bring peace and understanding of the "galactic world" to the planet.

Brent has made it his life’s work to help others unveil the TRUTH about who we are on this planet, and who our "galactic family" really is.

This book is a message that teaches anyone who reads it how a spiritual breakthrough is really how you become empowered; how you get granted access to all higher beings...

Including communicating with IFO’s (UFOs) and having them appear right before your eyes!

What you will understand from this book is that “enlightenment” is for everyone. And if one common man can live this life...anyone can.

Brent’s spiritual journey, otherworldly encounters, and how he has been “chosen” as a messenger from the stars...

Is a comforting message that life is more beautiful than we know.

This book is an eye-opener to the fact that we are under protection by the galactic family, and the capabilities you can have if you open your mind and heart to the possibilities. 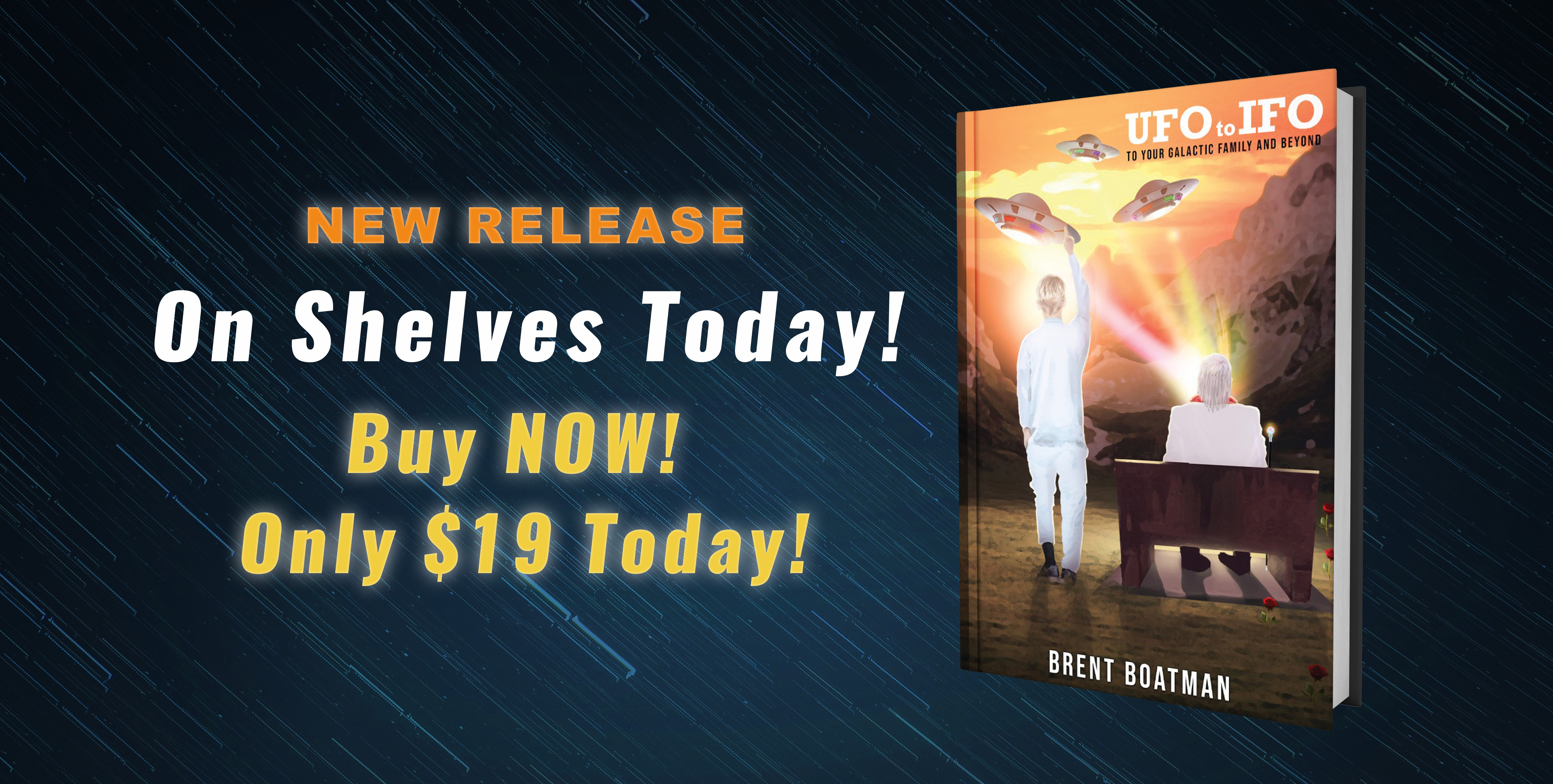 “In this book, Brent recalls many stories and accounts of remembering his GREATNESS and awakening the Master within all of us. Our collective awakening is in full throttle and with Brent’s help we can all tap into our true origins. He has shown me how. Brent is truly The Master to help guide and connect all of us to our galactic roots. Get ready! Our galactic families are waiting.” 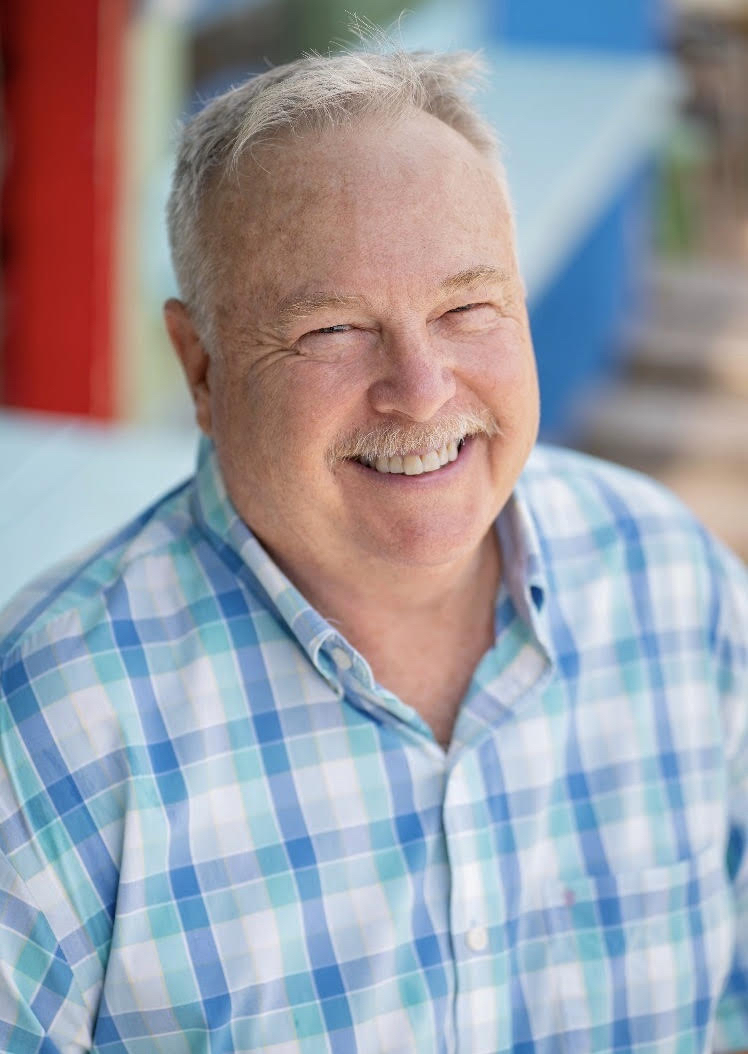 Brent Boatman, known as “The Contactee” in Las Vegas, is world-known to some of the most prominent spiritual leaders of our time. He was a “chosen” mentee of the late and great Spiritual Master, Omraam Mikhael Aivanhov, and many of his teachings have been influenced by Omraam himself.

Brent is a spiritual teacher who through many years of deep meditation, self-reflection, contemplation & study - has found himself in contact with various extraterrestrial beings, including communicating with UFOs and having them appear in the sky!

Brent holds group “Skywatching Sessions” at Red Rock Canyon in Las Vegas where he takes students out to interact with UFOs. Students watch as he calls upon the UFOs and they make themself apparent in the sky...

From bright lights to quick light movements, his students watch in amazement as the UFOs reply back to Brent’s questions by “signalling” him.

Brent has been meditating since he was seven years old and quickly found that he was connected to higher consciousness. He is in QHHT L2 in Quantum Hypnosis Healing Technique and a BQH certified practitioner on expanding human consciousness and past life regression.

He offers all sessions, including “skywatching sessions” on his website.

Your purchase is protected by my 14 Day Money-Back Guarantee.

If for some reason you do not feel that you’ve enjoyed my book and my true story... or you have not been helped by it in any way, you can contact me directly and I will be happy to refund your money within 14 days of purchase.

Just email me directly and I will be happy to assist you.

Usually, there are no offers like this when selling a digital book. But I feel that you are going to love this book and learn a lot from my experiences!

So take advantage of my 14 Day Money Back Guarantee.

And if you are not satisfied, you can even keep the book! It's my gift to you!

Please note this is a digital version of my original book (Sold only on Amazon).

I am grateful & honored for all of the reviews from my current customers, and am so happy to hear that this book has helped them in some way.

I want everyone who reads my story to feel the love and gratitude I have learned through these experiences...and to know that it is not too late for them to start their own journey, too.

I hope you enjoy the book!

Author of From UFO to IFO: Connect To Your Galactic Family And Beyond, and Spiritual Galactic Teacher.

“When I read this book, its teachings inspire me every single morning to remember that I am a powerful sovereign being and to be kind and loving during my time on Planet Earth. There is magic in every single word, page, and chapter. Let the magic begin!”

“I am 45 pages into your book. It moves quick and keeps me interested. It's the first time in years that I Saturday down to read a book!”